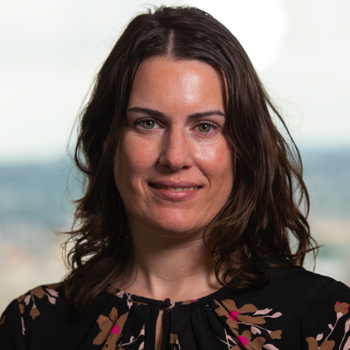 Cardiovascular disease is the leading cause for mortality worldwide. Vascular calcification is an independent co-morbidity seen in many cardiovascular disease states and itself is a well-established marker indicative of disease severity. The overarching goal of the research conducted in the St. Hilaire Lab focuses on identifying and characterizing the mechanisms underlying the development of vascular and valvular calcification pathologies, with specific interest in defining the mechanisms by which inflammation and mechanical stress drive the transformation of a healthy vascular cell into a calcifying cell. Through collaborations with UPMC Heart and Vascular Institute surgeons Dr. St. Hilaire’s lab built a biobank of human arterial and valvular tissues and creates cell lines from healthy and diseased patients for in vitro and ex vivo studies and next-generation sequencing technologies. Using these human samples, they discovered a novel non-canonical role for telomerase in regulating the phenotypic switching of a healthy valve cell into an osteogenic calcifying cell in calcific aortic valve disease. Leveraging their experience in vascular inflammation they have embarked on a project exploring how activation of the innate immune system and signaling pathways drives transcriptional activation of osteogenic pathways and promotes endothelial cell dysfunction, ectopic calcification, and extracellular matrix remodeling. Additional ongoing projects stem from Dr. St. Hilaire’s discovery of the genetic cause of a rare disease in which patients develop non-atherosclerotic vascular calcification in their lower-extremity arteries due to mutations in the gene NT5E/CD73. Projects in this line of research aim to understand how mutations in CD73 lead to lower-extremity non-atherosclerotic vascular calcification and to define the role of CD73 and adenosine signaling in regulating extracellular matrix homeostasis and vessel tortuosity.